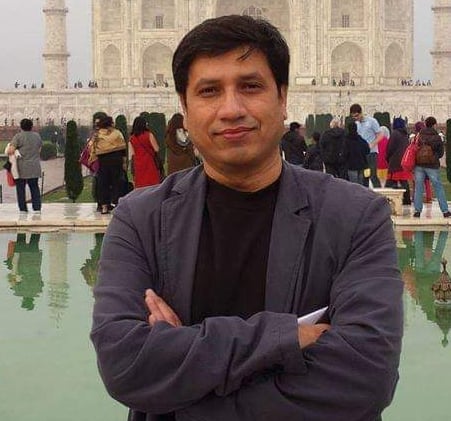 A pandemic is an outbreak of a disease that occurs over a wide geographic area and effects an exceptionally high proportion of the population. Retrospectively, there have been a number of pandemics of diseases such as small pox and tuberculosis. One of the devastating pandemics was the Black Death (Plague), which killed an estimated 75-200 million people in the 14th century. Other notable pandemics include the 1918 influenza pandemic (Spanish flu) and the SARS, MERS in 2002 and 2012, respectively. Small pox devastated the native population of Australia, killing around 50% of indigenous Australians in the early years of 16th century. The current outbreak of the Novel corona disease outbreak has already killed more than 300 thousand people so far.

The present corona pandemic has posed the most serious threat after the World War II. Life, as we know has come to a standstill in most of the world .Countries across Europe, America and Asia have been grappling with this disease ever since its emergence. Life, for most people worldwide, has now been reduced to forced or self-imposed isolation in their homes and they go out only to acquire essential goods to survive. All possible measures have been put into place and are still being introduced across countries to slow down the spread of the strain, through social distancing. Most of the countries, including the United States, Spain, France, Germany, Japan, India, Nepal have imposed lockdowns. The free movement, one of the citizens’ most loved and basic rights, has been curtailedand all but essential flights have been grounded. Cheap weekend city breaks enjoyed by millions at this time of the year are also out of the question too. The world’s greatest art centers, museums, places of worship and concert halls are also closed for business.

We’ve been reading and seeing stories about pandemics for a very long time now. From an eighth century BCE poem about a Babylonian plague god to the Old Testament’s ten plagues of Egypt to, well, the AMC megahit zombie show The Walking Dead. All depict stories of pandemics through various forms.

Over the years, there have also been severalpublications of novels on pandemics as well, be it Albert Camus’ “The plague”, or Gabriel Marquez’s “Love in the time of Cholera. And there have also been movies such as Steven Soderbergh’s 2011 epidemiology thriller “Contagion” and about Ebola outbreak “93 days”.The question as to how life can increasingly resemble fiction, is obvious to cross the minds of people who are aware about these stories and novels.

It is very difficult to anticipate the consequences of pandemics. Likewise, we don’t have the capacity to forecast how long the latest Corona pandemic would continue and what degree of global impact it is going to have. There are some informative and praiseworthy books written about pandemics which points towards the aforementioned statement. The dramatic potential of pandemics to put societies across the globe under such stress and seeing what is there on the other side gives lots of promising storytelling opportunities.

Written in 1947, Camus’ The Plague depicts the outbreaks of plague in Oran, a coastal town in North America and its rapid spread. The crisis drives people to unimaginable lengths of difficult survival phases, and intense suffering but also fosters compassion among people to support and help each other.

Daniel Defoe’s A Journal of the Plague Year published in 1722, chronicles the 1665 bubonic plague in London. Itportrays a mysterious unfolding of unexpected events,which highly resemble with our own responses to the initial shock and voracious spread of the new virus. Defoe describes how death notices that were posted in the local parishes took an ominous rise. He also mentions the plague to be “very violent and terrible” with “whole families and indeed whole street of families… swept away together”. Defoe’s description of plague illustrates the worst scenarios in times like these.

Stephen King’s 1978 novel presents the collapse of the world brought by a computer error in a Defense Department Laboratory. This leads to surging deaths. What remains is the new world full of not braver people but with a handful of survivors.

Emily St. John Mandel’s novel “Station Eleven” published in 2014, resonates with the current pandemic situation. In the author’s story, a famous Hollywood actor passes away after having a heart attack onstage while playing the title character in Shakespeare’s “King Lear”. The night proves to be the start of a chain reaction of frightening events as a fictional swine flu pandemic, “Georgia flu”, impacts the world killing the majority of the population.

The Spanish influenza pandemic of 1918 was triggered by the conditions of World War I- soldiers living in close proximity, populations on the move, and malnutritionand took an even greater human toll than the war itself; for nothing but hubris and imperialism. Katherine Anne Porter’s “Pale Horse, Pale Rider” is a different sort of anti-war novel, a work of art about fighting for life and wonder of just being alive. It tells the semi-autobiographical tale of a young woman who survives the influenza epidemic. Amidst the crisis and fear brought by war and pandemics, her novel provides a ray of hope.

Albert Camus’ has writtenabout the situation in the beginning phase of a pandemic in The Plague. The situation described in his writingssomewhat parallels Italy and the United States thatwe haveseen or heard about. Early indication of the impending crisis is ignored by most of the people and they are also denied by bureaucratic obfuscations. When action is finally taken, it is too late as an emergency is already underway. Suddenly residents are found awakening to a new reality — they’re captives in a closed town where contagious disease is everywhere and they have little control over their fates. Camus, who fought in the French Resistance, began the novel in the early 1940s and published it few years after the Second World War. He raises important questions as to how humans should respond to the reality of extreme suffering. The characters in his writing are found coping with the reality in different way. Some characters are foundmaking an attempt to escape the existential battle, and while some seek to profit from it. There are some clusters who are found choosing rather a humanistic path by repeatedly exposing themselves to the contagion by tending to the sick.

John Hatcher’s “The Black Death:A personal history” is a lightly fictionalized account of the arrival of the plague of 1348-1349. The author paints a story about a priest living in an English village during the most lethal and mortal plague in medieval Europe.This epidemic was much worse than the current one: A mortality rate of 80% meant that nearly half the population of Europe had been killed. Hatcher’s book pictures reactions to the plague quite similar to the one made in the current pandemic state.Fear of hearing about it first in a distant and then not-so-distant places; hope and denial, religious responses. It alsorepresents much of today’s recklessness making the situation worst.

The speculative fiction novels about pandemics like “Station Eleven” by Emily St. John Mandel and “Oryx and Crake” by Margaret Atwood makes readers ponder about the type of society that would remain if a pandemic is to decimate the population. The reflection on the fiction gives a chance to think about what would matter if a civilization is stripped away by any chance.

In Jose Saramago’s novel “Blindness”, a city is afflicted with an epidemic: white blindness. Ruthless and unsparing, it attacks everybody. What follows thereafter is people with a vision loss being admitted to mental hospitals but the ordeal is far from over.
Just as the film Contagion and 93 days has found a second life with news of the present coronavirus outbreak, so too have the novels about epidemics which are popping up on reading lists around the world. This has definitely raised the curiosity among the readers about history, fictional stories and even movies reflecting the past incidents.

Jeff Barnaby’s movie, Blood Quantum, is about a virusthat has the potential to spread fast and rapidly, and turns people into zombies but sparing only a certain group of Native Americanswho are immune to it. Barnaby, who belongs to the Mi’kmaq tribe in Canada, says that indigenous people have been telling stories about pandemics for generations. “….and they’ve been dealing with disease since first contact, so they’re well versed in catastrophes,” he adds. Barnaby also mentions that today’s books, TV shows and movies based on pandemics explore how people live by depending upon and moving around a planet defined by compromised ecosystems, borders and barricades. “You’re dealing with the aftermath of globalism,” he points out. “And I think you’re starting to see people make the link between how you treat the environment and the way the environment treats you.”
Life is a story. All the deep and desperate things we’ve gone through have a fictional component. Even a fictional novel couldn’t be written if we, without life experiences, and the darker sides of life. 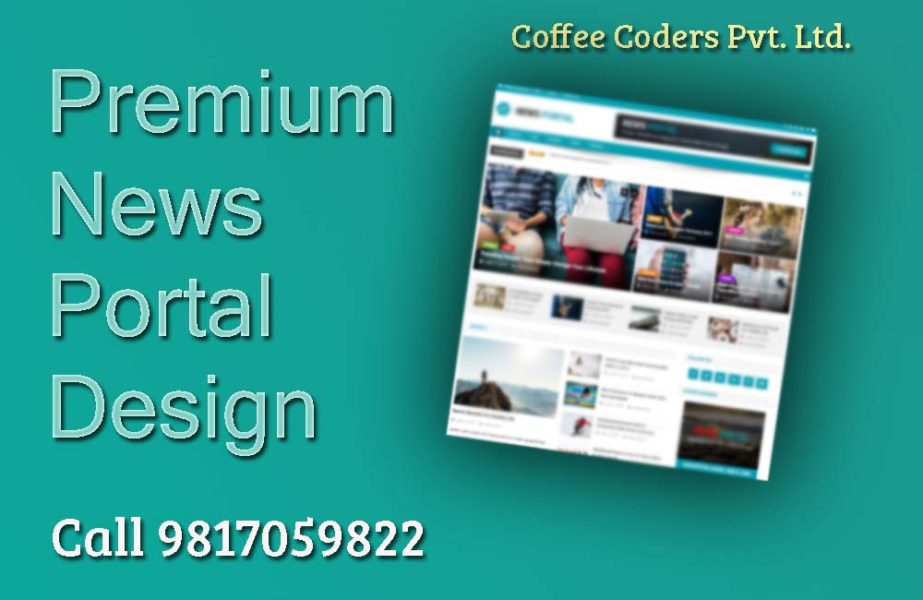 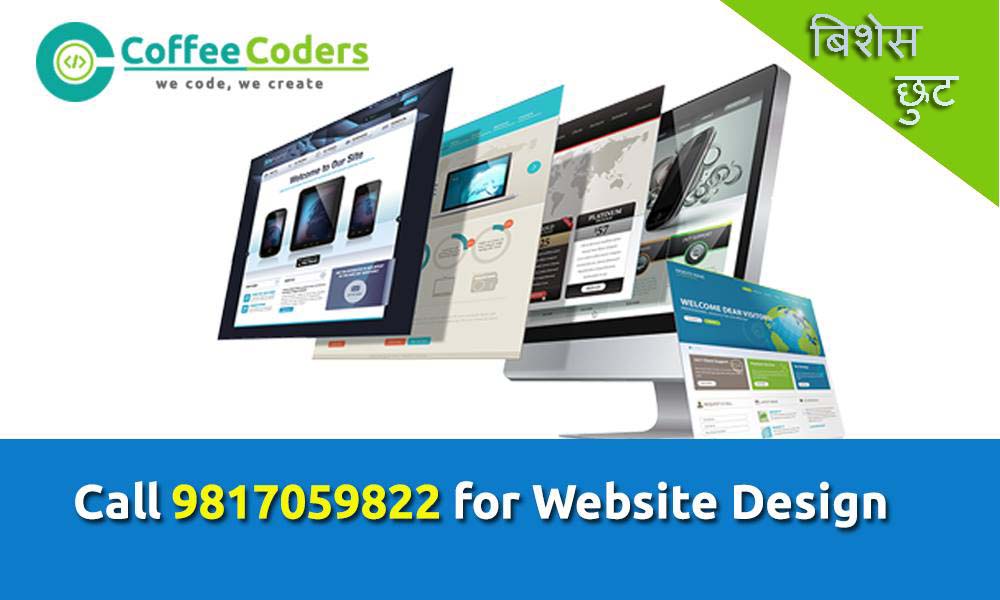